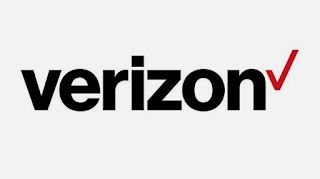 To my amigos outside of the TV business, this is a standard bearer dispute between two large multi-billion dollar media companies. It is happening more and more because as viewership and ad revenue plummet, broadcasters depend more and more on the "retransmission" revenue stream from cable & satellite companies like Verizon, Direct TV, Spectrum, etc.

Disputes like these happen so often these days, most consumers don't even pay attention until it actually affects them. This is business and it's ugly yes, but it's not racist, it's just a stupid, shortsighted and probably greedy business move.

Univision's old owners and management team, (which is today shedding viewers to Telemundo, the internet, etc,) did more to hurt the "diversity" of voices in the early to mid-2000s by insisting U.S. Latinos only spoke, understood and watched Spanish Language TV despite a plethora of research to the contrary.

This dishonest stance prevented or I should say delayed, Latino talent and TV shows getting on mainstream, "general market" TV by years and did way more damage to "diverse voices" than this little dispute with Verizon, a blip on the radar, will ever do.

Fast forward to today and there are more minority and diverse voices on TV than ever before (not to mention OTT - Over the Top and the internet). There are so many voices on TV, internet, OTT, etc. period, that you can barely hear what anyone is saying unless your initials happen to be DJT and you have your finger on the button, then people do seem to pay attention to your every word.

Imagine playing tennis on an ever-expanding but still crowded tennis court with 1,000 other tennis players. That's the content universe today and sadly not much play is getting elevated.

Networks are DESPERATE for attention because ATTENTION = REVENUE.

All that said, I understand how easy it is to think people are treating others differently solely because of "who" they are.

In this environment of 24/7 racism, sexism, and any other "ism" that gets people wound up on CNN and other channels, these terms have basically become TV genres in and of themselves.

Again, this is mostly a symptom of large media companies worth billions, freaking out because they are losing viewers (and hence revenue) and will do anything to try to shock people into watching, including screaming racism and further slicing and dicing the viewing public in any way they can to garner their dwindling share of that divided market.  It's a race to the bottom with no winners, least of all viewers.

Doesn't mean racism doesn't exist, of course, it does. Doesn't mean it's not terrible, of course, it is.  it just means this particular instance is about one color and one color only - GREEN baby GREEN. So don't get your colors all mixed up.
Posted by DontDragMeDown at 4:41 PM