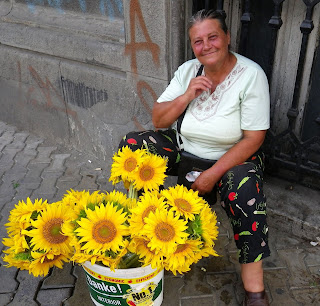 We were on layover at Brussels Airport when filming Eastern Europe in Season 2 of Raw Travel. I distinctly remember how very polite & nice airport personnel and staff at Brussels airlines were. I was so moved by their hospitality, I actually wrote a letter telling them so AND they actually responded back in kind. Today I'm saddened by the images and I hope and pray for their well being.

Now get ready, because much of our national media is going to tell you that travel is unsafe. They are pedaling fear as usual, because fear gets ratings. But they are wrong. Staying home, locked in a comfortable existence while everyone else is living their lives is not living. The odds are in your favor. While travel is unpredictable and occasionally uncomfortable, it's safer than driving down the road for a carton of milk or commuting to school or engaging in the work place.

Don't let fear and misguided media messages stop you. See the world, warts and all. It's an amazing place MOST of the time.
Posted by DontDragMeDown at 11:15 AM No comments: Links to this post

This was my first trip to the fabled continent of Africa so I figured what better country to begin than the so called "Gateway" to the continent, South Africa.  Less official nicknames for South Africa include "Africa Light" or "The Livable Africa". I get a chuckle out of those because after later visiting Ghana, I realized it's kind of true. 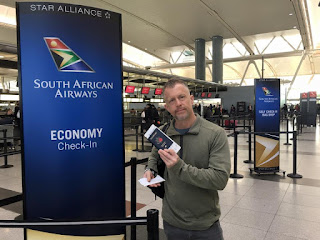 Johannesburg, South Africa or Joburg as the locals refer to it, is the largest city in South Africa and it's the commercial center but it's definitely not why most tourists come to South Africa. That would be Cape Town, the safaris and wildlife at places like Kruger National Park or perhaps the beaches of Durban.

This is precisely why we wanted to dig deeper into Johannesburg.  I firmly believe that in every destination, there is a Raw Travel episode waiting to be teased out, probably several actually. This includes the well-traveled spots (i.e. New Orleans, Prague, Costa Rica, etc.... let's show another side of it) and the more off-the-beaten-path destinations (i.e. Bratislava, Honduras, Laos, etc....let's show why this place deserves to be visited). 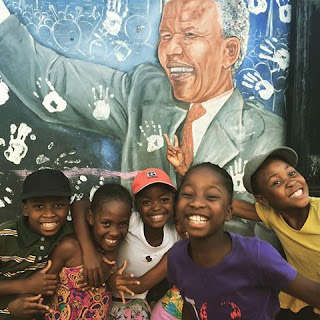 I wasn't sure what to expect in Johannesburg but two words were on my mind... "gritty" and "dangerous". I couldn't have been more wrong.

Media reports are wildly subjective and I've found, inaccurate. Yet another reason to visit and see it for myself.

The definition of "dangerous" is so relative it's nearly impossible to define anymore. There is war zone danger and there is everyday danger.

I believe NYC with its rash of random stabbings could very well justly be perceived as dangerous, yet I've lived here going on 20 years and never had more than a handful of issues that could have easily been avoided and where I came to no harm. 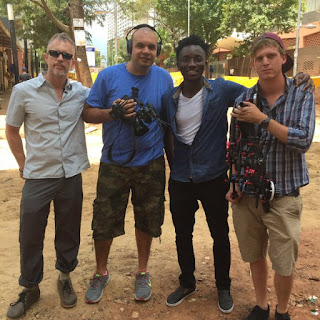 Which is why, I do some research ahead of time and consult not the news media or U.S. government web sites but travel blogs, social media and other travelers before I go.
Turns out Johannesburg WAS dangerous.... 10 years ago.

Well, since I'm not traveling back in time, Johannesburg needed an update and I intended to do my best to see what was up in this city and this included hitting up the "dangerous" townships and neighborhoods where "poverty" exists. 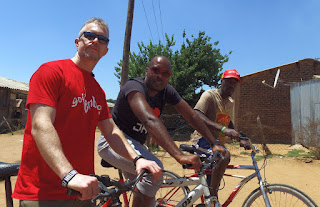 Granted we were going with guides and granted, I probably would not have gone to these particular spots by myself at night with expensive camera equipment but that is just because I had no reason to, not because I perceived any danger whatsoever at any point. I'd like to think after 50 or so countries my "danger radar" is getting pretty fine-tuned and it ran silent the entire time. That doesn't happen everywhere.

The reality is, that in the 3 township tours that we took... Alexandra, Soweto and Hillbrow... I found absolutely zero reason to be concerned and I felt 100% welcomed and almost, I hesitate to say it, but beloved.

I don't know how else to describe the warmth of feeling when total strangers stop you in the street to hug you.. when kids wave and jump as you pass by and others wildly jump in your arms to give you a big hug and a kiss on the cheek and clap and sing and basically are so full of goodness, and lack of cynicism that I am still emotional typing these words weeks after my visit. 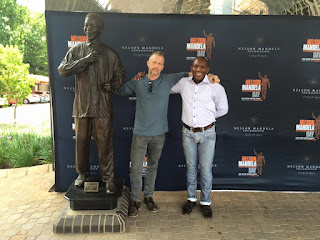 Perhaps I should not have been surprised in a land where the likes of Nelson Mandela and his legacy still loom so large. Madeba is beloved here and it's infectious.
But beloved is the word I feel and thus what I will use.

My annoyance quickly faded to true affection for the Joburg Tourism folks and their staffers after they left us hanging at the Joburg airport waiting for a ride for well over an hour (after a 19 hour flight from NYC and after confirming numerous times beforehand that a driver would be meeting us at the airport when we landed). Severely jet lagged, exhausted and facing 16 days of a brutal work and travel schedule with little sleep ahead normally puts me in a somewhat surly mood.

From our driver, now my pal, Mndeni at Zeigen Tours and Rendani at Joburg Tourism and the rest of the crew like our local cameraman Mike Bell (one of the most talented and professional I've ever worked with), to Jimmy, a local guide who tagged along... to the dozens of other folks we met on the ground at the different filming locations... their spirit of friendliness and lack of guile completely extracted any negative thoughts or anger issues from my mind. 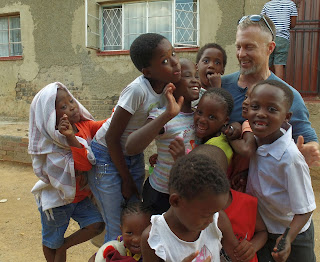 But how can they be so happy and joyful?

This was after all where Apartheid reigned up until just a few years ago. I mean in the U.S. we went through our Civil Rights period in the 1960s and today it seems, if you believe the media at least, race relations are as bad as ever.

Yet in South Africa where apartheid reigned until as recently as the mid-1990s, this was a place that, in my short time there I observed, was so lacking in bitterness and pessimistic thinking, even in the poorest of areas, that I couldn't help but think "what are we in the U.S. doing wrong?" 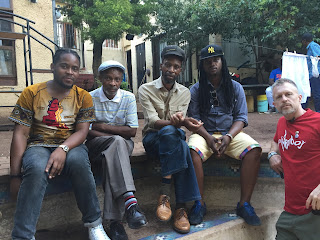 Perhaps it's an unfair comparison, but still... one has to be impressed with the way South Africa and Joburgers in particular have embraced their history. They are not ashamed of it. In fact they almost seem to celebrate it, proud that they found reconciliation or so it seemed to me. Now granted an outsider in town for a very limited amount of time but this is how I saw it.

Yes, apartheid was a travesty of human relations and people died and were severely mistreated for many, many years but as Madeba instructed through his own extreme example of forgiveness, it appears to have been relegated to the past by most and almost everyone we met seemed focused on the present... a loving and more caring present and an hopeful, optimistic future.

Of course there are problems (we witnessed 3 car accidents in our short time there). Of course there is inequality (we stayed at some extremely nice hotels courtesy of our pals at Joburg Tourism and yes, I enjoyed it while the Townships we visited are super raw). Yes, there is a massive difference between the wants and needs of the wealthy vs. the everyday folks living in the townships but there is no way it could be described as a hotbed of danger, divisiveness and crime as I'd allowed myself to subconsciously believe through erroneous reports. 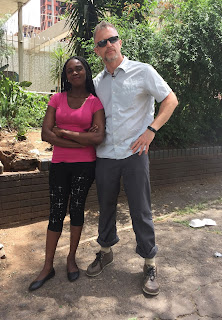 Johannesburg is lovely. It's big, traffic is tough sometimes and it's spread out, but it's a place I'd gladly return.

But even if it were a hellhole, I'd still go back to be with the people. Because I cannot emphasize this enough, it's the PEOPLE who put the heart into a place and it’s the people of Johannesburg I will always remember. 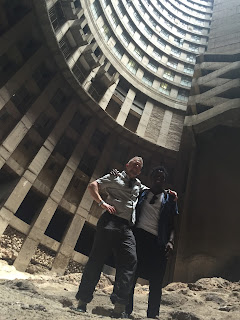 Thank you Joburg for not treating me like a walking ATM... as an outsider or interloper or exploiter... but instead as a fellow human being. 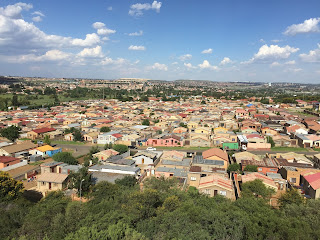 Raw Travel Episode #313 - "We Heart Johannesburg" will premiere in the U.S. April 30th and May 1st in the U.S. Click HERE for tune in info. For more photos from our travels to Joburg go HERE.
Posted by DontDragMeDown at 11:23 AM No comments: Links to this post