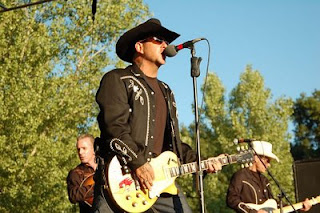 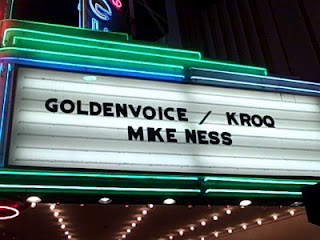 What we don't need is another list for 2008. As a matter of fact, given the state of the economy thanks to good old Wall Street (on the bright side, now I can hate those clowns relatively guilt free). Off on a tangent, Hey NYC, what happenned to all that freaking revenue when times were good? What the hell did you do with it? Spend the whole Goddamn thing? Didn't you think the "good times" might end some day? Jesus, who sucks worse, our corrupt/incompetent government or the fucking greedy motherfuckers who bribe their asses.

But I digress, back to the music. Twas a good year to be into punk music, if you were me and got to do a bit of West coast travel to help satisfy your urge.

Lets start with the Motherfucker of them all, Mike Ness. Social D. took a hiatus this year but I had the good fortune of seeing Mike Ness in NYC @ Irving Plaza, then later in the summer at the annual Hootenanny and then in December, I capped the year off in LA with one of his final performances of the year at the El Rey Theatre, with a bunch of other misfits, outlaws and punks.

The Psychobilly Showdown at the Knitting Factory in LA put on my good friend Rich from Black Cat Entertainment was pretty solid as well. Los Difuntos and The Slanderin my favorite bands that I witnessed there.

2009 should be a good year if we can get past the damn economy again. Already, one tour that had Social Distortion on the bill has been canceled because of the bad economy.

The movie studios love a recession because people will still go to see a movie, maybe even more so during a recession (or is this a depression, remains to be seen). To me, concerts are similar. No matter what, you gotta keep your spirits up and there is no better way than to gather with some fellow music lovers and celebrate the music we love. A good mosh pit does wonders for stress. Maybe our Wall Street brethren will join us now that they are all out of work and have nothing but time?
You have to admit, punk rock shows are still the best value for the buck out there. Its expensive being a Madonna or Bruce Springsteen fan. BTW, you ever been to a Springsteen concert, fat, bald yuppies trying to dance (nothing against fat bald people, just Bruce Springsteen fans).

2008 was a good year for punk rock. I think, think.. not 100% sure, i saw more representation out there. Could it be young people are finally sick of the side show that is Hip Hop and pop and are ready for some real music from some real artist?

2009 should be a good year for punk.. so stay tuned.
Posted by DontDragMeDown at 2:54 PM No comments: Links to this post