A good read & a good film...neither with Ashton Kutcher

Nothing gets my blood boiling like good old fashioned true stories of human rights abuse. Yes, I know, it's been going on since the beginning of time, but I guess having the good fortune of having lived in the U.S. (AKA the "bubble") in a certain age (now), gives me the kind of false feeling that human rights are indeed a right, not a privilege for the lucky few. Anyone who has traveled extensively, knows that unfortunately for much of the world, this is not the case, yes, even today.

Serial tweeter and celebutard Ashton Kutcher famously made an ass out of himself when he attached his well meaning but pea sized brain to a cause in the U.S. against "Human Trafficking" and got his facts completely scrambled. The Village Voice called him out on it; he whined in return and to be honest I didn't think much about it other than "when will this guy go away?" (not in my lifetime I'm afraid).

The reality is that human trafficking does indeed exist in the U.S., but on such a minute scale compared to the rest of the world, that for a celebrity to attach themselves to a cause in such an ill informed way, well, it just gets priorities wrong and people confused. Money that should be allocated elsewhere gets allocated here in the U.S. where we probably rank something like 101st or so in volume of Human Trafficking.

I mean the U.S. has hungry people too, but to compare the U.S. poor to the horn of Africa or Haiti, well that is sort of what old Ashton did with his ill informed "End Human Trafficking in the U.S." campaign.

Human Trafficking is a tragedy, whether it happens in the U.S. or anywhere in the world, but Ashton, ye born of privilege, do your research and shine the light where it is needed most, where it is a major problem amigo... the Third World my friend! Take a lesson from my man George Clooney, now that guy gets his facts and priorities straight (war crimes and genocide is where it's at man), or just cut to the chase and join the Church of Scientology.

In the end, I'm not sure how much a guy like Ashton Kutcher, even with his millions of twitter followers or twits as I like to say, can actually impact a large scale issue like human trafficking.

I humble, most notable non celebrity that I am, submit that the best way to raise awareness is to actually educate people on the REAL tragedy of human trafficking where it is REALLY impacting people. 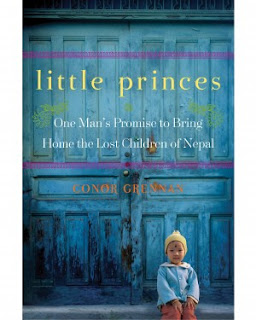 Two great examples just passed my radar this week "Little Princes" a book about trafficking of children in Nepal during their recent civil war.

And I finally saw "The Whistleblower", a movie about human trafficking of young girls by UN and US Peacekeeping personnel in Sarajevo after their brutal civil war. 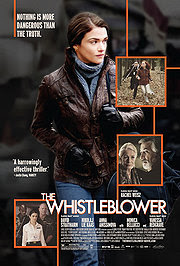 The book "Little Princes" is a true account written by a guy who did something about child trafficking in Nepal and the film is based on the true story of a female police officer turned U.N. peacekeeper who blew the whistle on the United Nations and their role in sex trafficking. Both people risked their lives and both the book and the film are powerful and far more effective than an air headed celebrity who can't get his facts straight for raising awareness and hasn't risked much more than humiliation at a casting call his entire life.

I highly recommend you consume both and preferably within a week of each other. I read the book in 3 days and saw the movie straight through without once pressing pause, both highly unusual for me. Entertaining, informative and inspiring, all in one or actually... two fell swoops.

In a world of media madness, isn't it good to find some media worth our time. Media not trying to necessarily sell us anything but a message that needs to be heard. That my friends is this week's/month's or whenever we actually find some and get around to it, "Media That Matters". (cue the branding music).

Now if we can just figure out how to traffic good old Ashton K. to a 3rd world country, far, far away from here.
Posted by DontDragMeDown at 2:49 AM No comments: Links to this post